Swirls are the bane of our lives. We clean our cars meticulously and every now and again de-swirl them with our machines, but no matter how careful those damn swirls just keep coming back

There are a number of products on the market designed to ease this problem, ranging from light polishes that massage away swirls through to filler-heavy lotions.

ValetPro Achilles' Prep is one such remedy and uses both micro-fine abrasives as well as fillers. Furthermore, the product has some cleansers in there. So, an AIO then? Well, nearly ... it doesn't offer any protection, so unlike Autoglym SRP, it is not quite a full AIO.

I mention Autoglym SRP there since it is most akin to that product. The cleansers are very good - I have a small bubble that keeps going off-colour and I'm keeping it at bay with a regular little rub of AG SRP. It saw that off in no time. There were also a few small tar spots that it removed with a little rubbing - not as effective as AG SRP or Autosmart Platinum for that, but good nevertheless.

So ... after washing with ValetPro Poseidon's Carnauba Wash, I was presented with this. The low sun does make it look worse than it is ... but that's the point 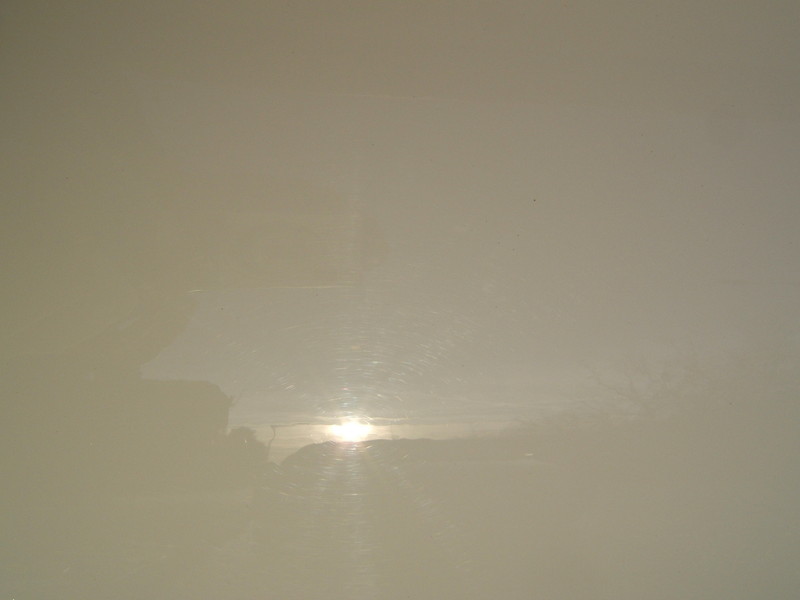 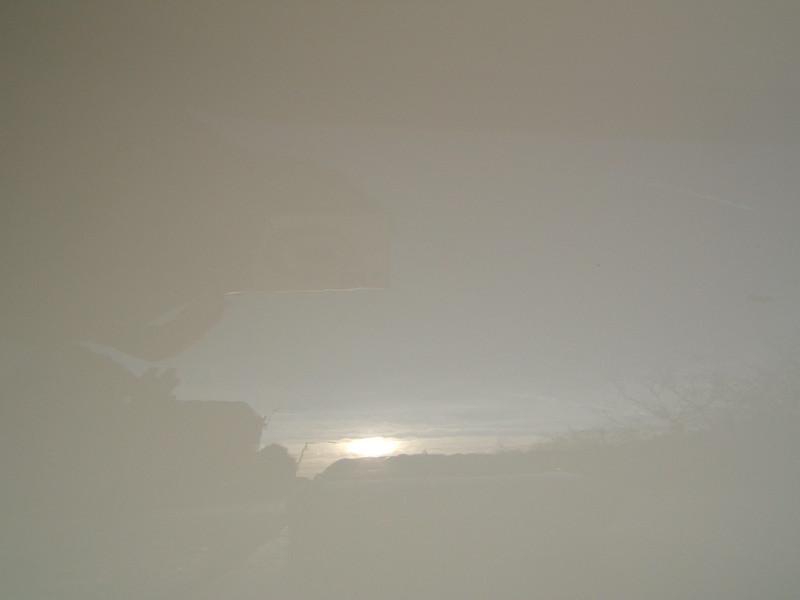 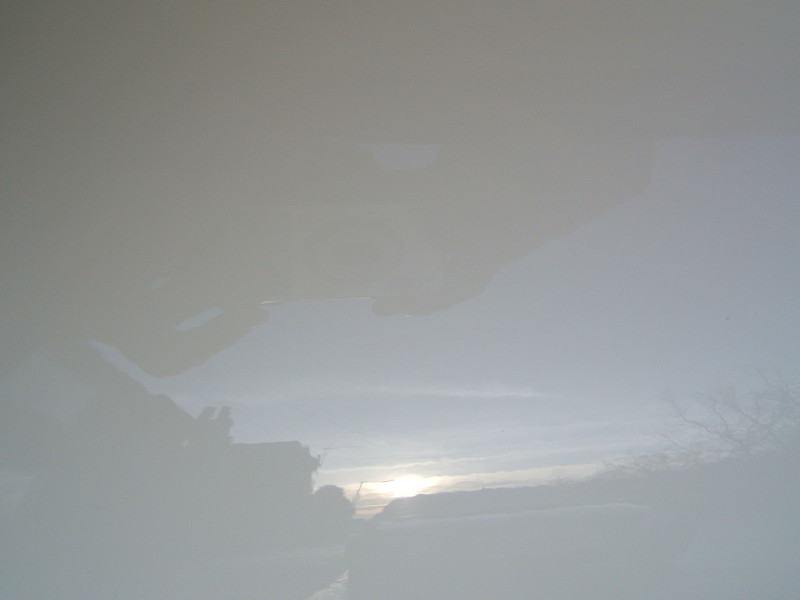 Offering no protection, the surface was topped off with ValetPro Orion's Shield - a sealant. Let's see how it fairs. In fading light ... 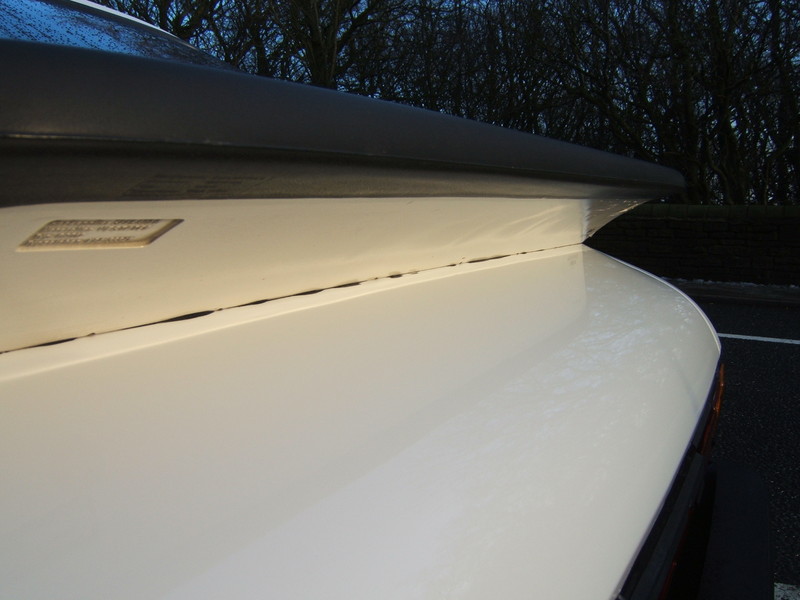 A pleasant enough product to use and probably best reserved for preparing a surface to accept one of ValetPro's LSPs - Orion's Shield or Artemis Wax Seal are recommended on the bottle.

When I get the weather for a longer play, I intend to use it by rotary and see how I like it that way. I'll top off with Artemis Wax Seal on the bonnet and use both Orion's Shield and Artemis Wax Seal on the roof. Sides will get some other wax to see how it plays with other products that I would be happy to put on top of AG SRP.
Paul

looking good so far be nice to see what its like with a rotary.
Top

Yeah looks good. I wonder how long the filler lasts

... and that's by hand. I get the impression that the rotary can do all that, and better, in one go so saving product and arm ache. I've seen a video of it in action by the VP guys and it does look good, but they were using a rotary that goes down to 300 RPM. Mine does 900

Mind you, listening to the pitch I think I'll be okay.

I guess as long as the LSP hangs on in there. Their Artemis Wax Seal is a good one with some good durability. It can be a little fiddly to use sometimes, but leaves a very still finish with some good beading. By still finish, I mean not shimmering. It shows off perfectly polished paint very nicely.
Paul

Seen the video, Gregg is usinf a felasati rotary, I had one, they run no lower than 600rpm iirc.
I think if a better technique is used rather than what was on the video one good hit should do wonders.
Static base award winning car detailing and restorative works at our Loughborough based HQ.
Mobile on request.
Fully and comprehensively insured and boasting over two decades within the car care sector.
www.beautechnique.co.uk
Follow us on our social media @...
Facebook
Twitter
Instgram
Youtube
Top

I spoke to Greg on the phone regarding this product, his is a Felisatti rotary that goes down to 400rpm, according to him it is not suitable for rotaries that start at 900rpm though he said it will be fine with my Kestrel which starts at 800rpm. AIUI it does actually leave some sort of protection behind but this can be enhanced by wax etc. It might be worth trying it by DA.

This is some info from Greg:

"Achilles can be used by hand it was really designed to be a paint clenz prior to waxing with a long life wax.

By using achilles prep by hand you improve the paint surface but also seal it. Making the finish last longer. This is why we blended in polymers to this product.

It would be worth using by hand after using menzerna.

I think﻿ I need to do a few more videos on this product to give a better description of it. As this product was designed to be a paint clenz but is
much more than that"

And regarding the video:

I now use the achilles at 400 to 750rpm speed and its perfect no need to use it faster.

I would recomend using a DA with achilles prep. not a rotary when speeds start at 900RPM."

Straight from the horse's mouth - thanks for posting.

So, it DOES have some protection and can be considered an AIO in the way that we talk about AG SRP or AS Platinum. I'll have to see how it goes by rotary - I don't see much point in a DA when I can achieve the same by hand anyway.
Paul

Sounds like a top product, especially when finished off with their Orions Shield / Artemis Wax Seal..

I presume that's the route..


PJGH wrote:When I get the weather for a longer play, I intend to use it by rotary and see how I like it that way. I'll top off with Artemis Wax Seal on the bonnet and use both Orion's Shield and Artemis Wax Seal on the roof. Sides will get some other wax to see how it plays with other products that I would be happy to put on top of AG SRP.

That would be good to see
Cheers,
LM
Top

Those swirls are heavy accentuated by the low sun - they are also very light. After a lot of machine polishing recently (and I know I could get rid of them properly with only a light polish - something like Menzerna FF or Britemax #4, even Lime Prime) it was nice to pop out an old terry pad and rub away at the paint - I had kind of forgotten how much I like hand polishing.

Yes, it's good. By DA I can see it being a nice quick once over, but TBH it's easy enough by hand. The boot was done in two sections with two hits - first, the left hand side, then the right, then each one again. You can get out to about 18" square per hit and it plays on for quite a while allowing you to go up/down, then left/right, then diagonal and then other diagonal ... no dusting, either.

In all fairness, AG SRP would only last a week on our cars so I can happily put this product up to "on a par with" AG SRP, if not better in respect of no dusting and the longer play time.

Over the years, products that might have been called AIOs seem to be called "pre-cleansers" nowadays - yes, they clean (chemically), some also fill and some also have a very light polish. Heck, even Britemax #3 (or Autobright Top Line as I am more used to it) is billed as a pre-cleansing lotion.

I think the technology behind abrasives is so much better now and so abrasive technology can be used to gently remove light swirling and if used regularly can make quite a good job of the paint by hand. I wonder if AG SRP had just been invented, whether it would be called a pre-cleanser or an AIO.

I've used Artemis Wax Seal before, quite a few times over both acrylic cleansers and glazes, and oily glazes. it seemed to play well with either, but I think the acrylic route was better - I'm very keep to use it after this Achilles Prep. The Orion's Shield went on very smooth and buffed off very nicely ... I've yet to see it in some rain, so will decide then whether it want to be topped off with Artemis Wax Seal or not.

Back to Artemis Wax Seal - fantastic wax and very much one of my favourites. I hope to be able to see some distinction between it straight on Achilles Prep and over Orion's Shield.

ValetPro's 500ml bottles are nice - there's a good range now which is always nice to have in similar bottles. I'd be interested in trying some of the Tar Remover, being more ecologically sound but I've just got a bulk of Autosmart Tardis. I might be able to wangle a shot out of the guys at VP, purely for viral marketing reasons of course

Did you use an application foam pad?
Did you apply in strate lines or in circles motion?

By hand, I like to use one of these pads: http://www.cleanyourcar.co.uk/accessori ... od_31.html

Use the firmer yellow side for more cut and the softer black side for finishing.
I like to work in straight lines. I hope that helps.
Paul

Thank you for fast reply... now I just have to get to work