My first impression is, "Wow! What a scent!" ... pure oranges and very zesty. The packaging is good quality, giving off an air of a boutique product and to touch, it is a balm-like consistency more Lipsyl than Auto Balm

Application is very easy - again, balm-like and just a light smear around the top of the wax with a fresh foam pad is all that is needed. The wax does not actually cure, which is curious ... and in application, this is excellent for spreading out over the paint. On single stage paint it feels to be feeding the paint. I had worried about staining. Read on ... 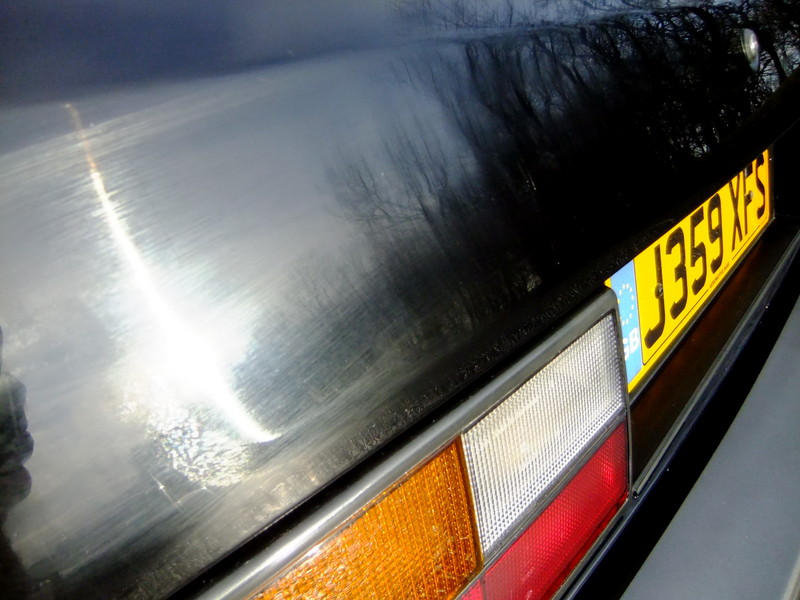 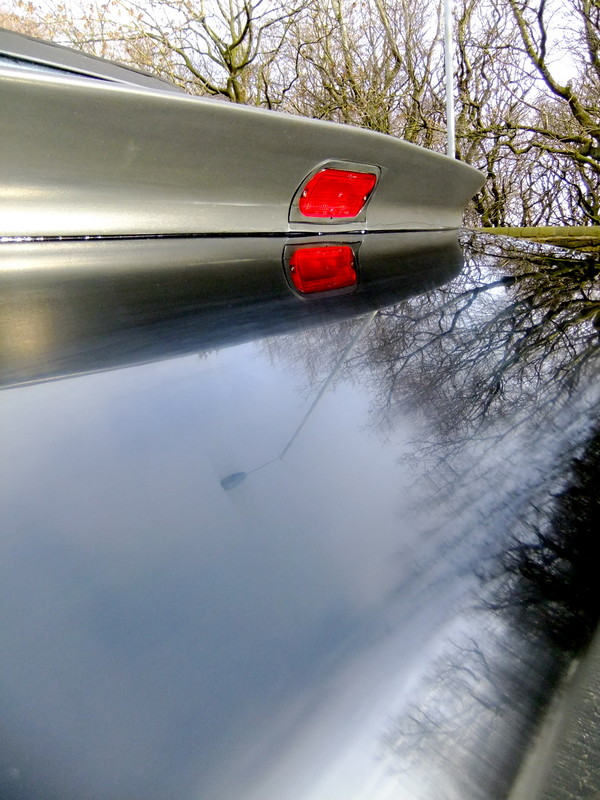 Leaving the wax to sit on the paint for a quarter hour, or so, removal is done with a two stage process. First, using a deep pile microfibre towel the majority of the wax is removed leaving only a greasiness on the surface. Second, a fresh shorter pile microfibre is used to buff up to a gleaming finish. 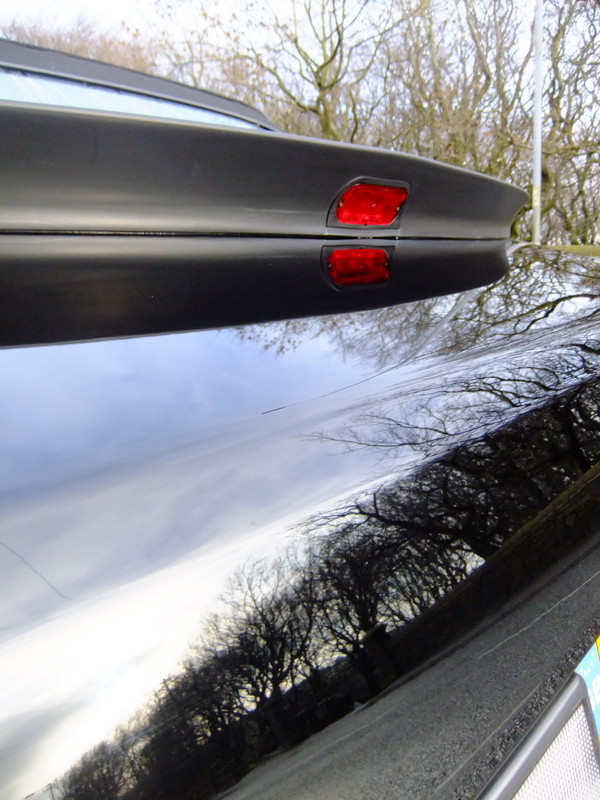 The final look is not as oily as I had imagined, but deep and sumptuous nevertheless with a richness and warmth and no staining. I am led to believe that the sheeting is quite amazing with this wax and we will certainly see over the coming days when we get some rain. 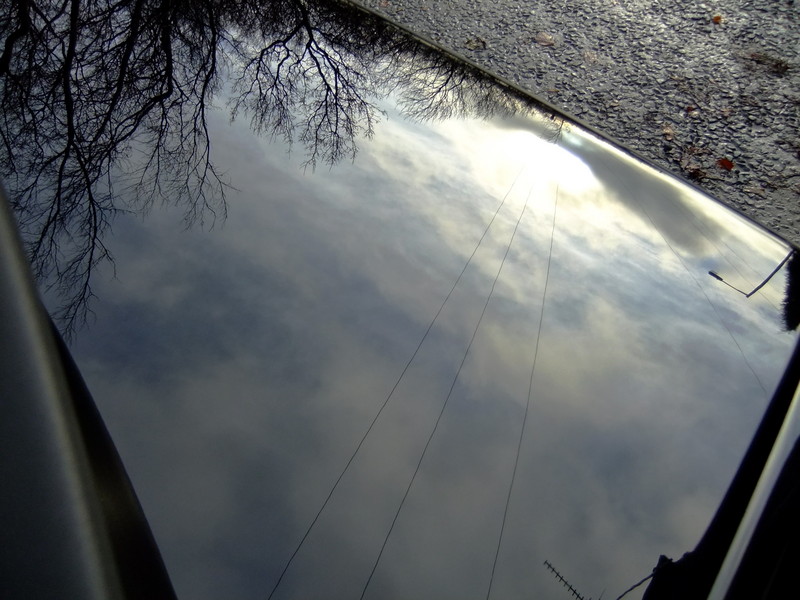 This is a curious wax. Migliore make a lot about the natural ingredients they use and the experience is most rewarding. Do be prepared for some hard work buffing up the final finish; not necessarily hard, like removing a lower end wax that has cemented on, more just lots of buffing and perhaps more fresh towels than you might otherwise.

If you fancy something quite different and love your boutique waxes, this is one for you ... if you would rather stick to more conventional waxes that cure to a hard crust which is wiped off with ease, this might not be for you.

When I get around to a de-swirl in warmer months, this is going on ... for definite. I also have Migliore Original which I will try out and review in due course.
Paul

Paul, Frutta is the only Migliore wax I don't currently have

Migliore do have some shampoo's but they're not readily available here in the U.K., though Migliore did suggest Dodo Juice's BTBM, when I was in contact with them, some while back

That's a useful tip regarding the shampoo, Mulder - thanks. I do have a bottle of the spray to freshen up the look in due course.
Paul

Looks spot on that Paul, im trying to make time to do my own car in the blend i got from Scott...

I think it will be utterly perfect once the spring comes around. The oiliness is useful and does stay with the final look, perfect on deeper coloured cars.
Paul

Just a thought, but next time I'm going to try using my Swissvax towels to remove the residue ...

Swissvax recommend a two-stage removal process with their oily waxes - first, use their terry towel to remove the majority of the haze and oiliness and then buff to a high shine with their microsuede towel.

I have started to really appreciate terry again, over and above microfibre for some applications. Do get good terry towelling, though - just like microfibre, there are different grades. GSM is the key - the higher the "GSM" value, the more sumptuous the towelling; 380 seems a sort of standard for basic towelling and go up to 800, you'll have a really fine towel.
Paul

I have a couple of new terry towels blue zymol ones but not been used since the birth of the micro fibre.
Do you think they are worth using in this day and age of micro fibres
advise gladly received on this one.
Top

Terry does not have the "bite" that microfibre has, so has fallen out of favour for many jobs where microfibre appears to do the job quicker or where the job requires that the cloth capture and hold more dust.

For oily residue remove, microfibre grabs too hard and literally sticks to the surface. Terry has its advantage here since it can glide. Very plush terry has all the bounce when folded up to put pressure down on the panel.

Once done, microsuede can be used to buff up to a high shine.

I've continued to use terry and microsuede on glass and found myself using a terry flannel with Bilt Hamber AutoBalm in door shuts. I found terry much better than microfibre with Simoniz Original Car Wax, an old-fashioned formula where terry would have been used back in the day. I was re-introduced to the idea when I tried Swissvax recently and found it worked well with Victoria Wax, too.

Here is a word of warning from Zymol, though:


Not all towels are created equal. All commercially available towels are washed several times by the manufacturer to remove excess dye. Unfortunately, this leaves the towel looking limp and used so they are "sized" to make them look new again. This "sizing" process uses a starch and silicone mixture that will scratch and contaminate your paint finish. Zymol Towels are not "sized".

With non-automotive terry, just give them a wash with a fabric conditioner to make them super soft and enjoy. If it's not to your liking ... stop.

Certainly for oily waxes, I think terry has an advantage. I wouldn't switch over from microfibre for all jobs, though.
Paul

Thanks for that Paul.
Might just open them and give them a wash before using.
Funny what you have said about oily waxes I notice my microfibre
sticking and draging on Dodo orange crush only wax I have noticed this on
to date.
Cheers Cliff.
Top